Some History Of Dublin California

Some History Of Dublin California 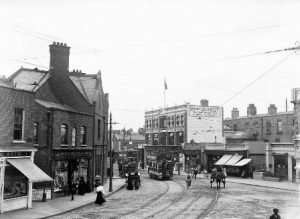 Just north of Interstate 580 in Alameda County, Dublin Boulevard, mostly an east/west running road, was a part of the Lincoln Highway and later U.S. Highway 50. The street originally curved south near present day Hansen Drive and followed what we now call Dublin Canyon Road towards Hayward. There are several historical Dublin real estate marks where Donlon Way crosses Dublin Boulevard including The Murray Schoolhouse (established in 1856 with only 50 pupils), and the old cemetery where people were buried even before it was officially established in 1859; members of the Donner Party are buried here.

Dublin is widely known for its annual St. Patrick’s Day Parade which is followed by a weekend fair offering a wide range of knick-knacks and other traditional fair items.
Dublin real estate will soon welcome its own IKEA store, set to finish construction in 2008.

Dublin is home to Valley Christian School, a private prep school of 1,300 students ranging from preschool to high school. There is also Dublin High School, with roughly 1,300 students and 80 teachers.
As of the 2000 census, taken by the U.S. Census Bureau, the city of Dublin had 29,973 people with 9,325 households and 6,508 families.

Mayor Janet Lockhart first took office in 2001 after being appointed to fill the empty seat left by Guy S. Houston, who stepped down to take a run a the California State Assembly. Mayor Lockhart was officially elected in 2002 and re-elected in 2006.

For more information on the City of Dublin and Dublin Real Estate, please visit https://dublin.ca.gov/ and