Some History Of Livermore California

Some History Of Livermore California 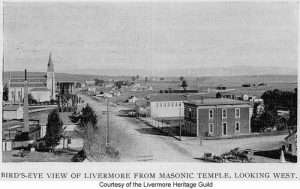 Established in 1869 by William Mendenhall, and named after his friend Robert Livermore, the city of Livermore was officially incorporated on April 15, 1876. Robert died in 1858 so he never knew the honor of being a city’s namesake. Much of present-day Livermore real estate is actually a part of Robert’s original ranch, which was granted to him in 1839.

After gold was discovered in California, many prospectors made the one-day journey to Livermore from San Jose by horse or stagecoach, and turned Livermore into a popular ‘pit-stop’ on the way to the Mother Lode in their search for golden riches.

Today, Livermore is thought of as the easternmost city in the San Francisco Bay Area, and the doorway to the Central Valley. As of January 1, 2005, the population of Livermore was 80,723.

Since 1918, the city of Livermore has been home to the Livermore Rodeo, often referred to as the “World’s Fastest Rodeo” because of its claim to have more riders per hour than any other Rodeo.

Livermore High School was the first union high school in California, with its establishment in 1891. There is also Granada High School, and Vineyard High, which is offered by Livermore Valley Joint Unified School District (LVJUSD) as a school for independent study. At the college level, there is Las Positas College and its Sister college in Hayward, Chabot College – both of which are a part of the California Community College system.

For more information on the City of Livermore and Livermore Real Estate, please visit http://www.ci.livermore.ca.us/ & http://en.wikipedia.org/wiki/Livermore,_California