Some History Of Pleasanton California

Some History Of Pleasanton California 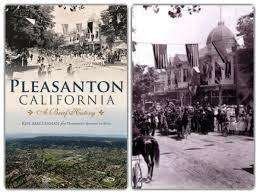 Incorporated in 1894, Pleasanton was founded and named by an Alameda County Justice of the Peace named John W. Kottinger, in honor of his friend, Major General Alfred Pleasonton, who was a member of the Union Army Cavalry. The current spelling of Pleasanton is a result of a U.S. Postal Service employee’s typographical mistake.

In 1917, Pleasanton was the backdrop for Rebecca of Sunnybrook Farm, a family movie staring Mary Pickford. This was no small feat considering that less than seventy years before that, in the 1850s, Pleasanton was ruled by bandits and desperados and carried the nickname of “The Most Desperate Town in the West”. Prospectors were often times ambushed by bandits (like Joaquin Murrieta) as they made their way back from ‘gold country’. The bandits would then make a quick getaway to Pleasanton where shootouts on Main Street were quite common.

According to the latest U.S. Census, the population of Pleasanton is 67,724 and is the wealthiest midsize city in the United States. Mostly known for hosting the Alameda County Fair during June and July (http://www.alamedacountyfair.com/) and the Stoneridge Shopping Center, Pleasanton is also home to the Safeway Inc. headquarters, a large AT&T campus (formally SBC), and several business parks; the largest being the Hacienda Business Park. To emphasize outdoor dining and the increasing foot traffic, Main Street was redesigned in the 1990s. Phoebe Apperson Hearst called Pleasanton home while living on a 500-acre ranch in a 50-room mansion. Her prime Pleasanton real estate is now the site of Castlewood Country Club.

For more information on the City of Pleasanton and Pleasanton Real Estate, please visit http://www.ci.pleasanton.ca.us/ and